The main attractions of Milan

If you are in a rush and you do not have enough time to visit the city, you can always take a walk through the “five touristic points” in a very short time.

How to organize the tour in Milan

These “five touristic points” are close by the city center, and you can visit them in a very short walking distance… but if you want to visit the city in a better way, check the city tour options here

If instead you are at the airport and you do not know how to get to the city center, click on this page 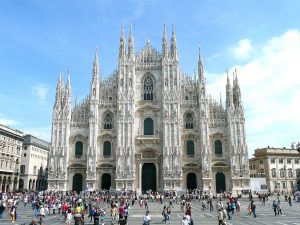 The cathedral of Milan ( the “Duomo”)

One of the world’s most famous Cathedral is, without doubt, “Duomo di Milano”: the first place to start your short tour. The Gothic Cathedral took nearly six centuries to complete. It was started in 1386 and finished 501 years later, in 1887. 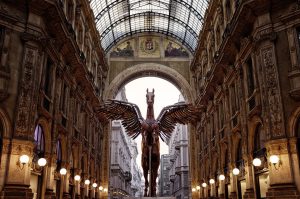 Next to the cathedral, there is “Galleria Vittorio Emanuele”. In the past, it was known as the first covered shopping mall. It was built between 1865 and 1877 and covered by an arching glass and cast iron roof. Nowadays, you can find the best libraries, cafes and luxury shops there.

Milan’s Sforza Castle was designed during the Renaissan 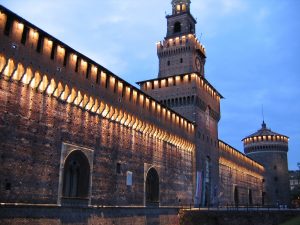 ce period in the 15th century by the Sforza family. During the years, the castle has suffered many transformations: At the beginning it was known as the residence of Ludovico il Moro, who during that period, had asked many famous artists to paint it and improve it. After that, the restoration work was done by the Italian architect Luca Beltrami.

Nowadays, the Sforza castle is considered as “home” of cultural institutions. There are three museums that attract tourists from all over the world: the first one is the most famous. It is the art-history museum, known to have hosted the last masterpiece of Michelangelo; while the second one is known as “Arte Antica” museum (you can find iron statues) and the third one is an archeological museum. 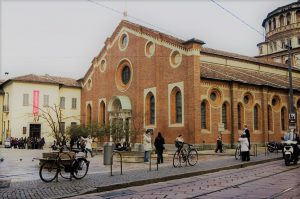 In this UNESCO world heritage site, you can find one of the world’s most known and famous mural painting: “The Last Supper” by Leonardo Da Vinci in the refectory of the Convent of Santa Maria delle Grazie.

Many tourists come from all over the world to see this amazing painting, so you should book your tickets in advance or, during the high season, you might not be able to get in.

If you do not have the chance to book your ticket, you can always try to ask at the site. Tours are every 15min, in a small group of people.

The “Teatro alla Scala” in Milan is one of the world’s most famous theatre. It was rebuilt after the bombing in 1943 and it still has the privilege to host “la prima” of many Operas. One of the closest renowned artists was the Italian composer Giuseppe Verdi.

The theatre season usually starts on December 7th, coinciding with the patron of Milan, St. Ambrogio.

If you do not have the possibility to participate and watch the show, you can always visit the auditorium and its museum. You will discover some belongings from Verdi, Chopin, Toscanini and even Mozart.